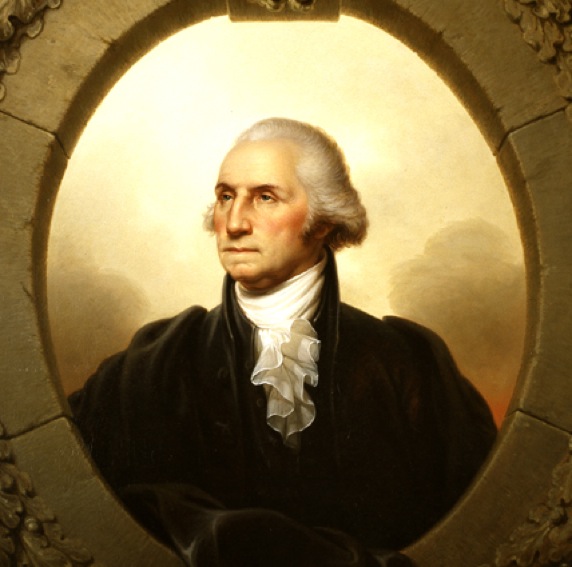 George Washington was one of the few figures in history who mastered the arts of both military leadership and civilian governance.  The same prudence and moderation that guided Washington the general also made him an excellent civilian leader.  Prior to the war, Washington held prominent positions in civilian life.  He had served in the Virginia of Burgesses since 1759 and as a vestryman at his church since 1762.  He represented Virginia as a delegate to the first and second Continental Congresses in 1774 and 1775.  The political skills Washington gained through these experiences would assist him on the national stage.

After the war, with his reputation and place in history secure, Washington had hoped to retire from public life.  His victory in the war elevated him into a national symbol.  National events, however, were spinning out of control and Washington was summoned by his country once again.  This time, Washington, the victorious general was now the revolutionary statesman.  The premier military figure of the age was unanimously selected three more times to positions of civilian leadership, once as President of the Constitutional Convention in 1787 and twice as President of the United States.  Washington played the premier role in establishing American institutions and traditions, setting precedents in a task with no historical precedent.  With virtue and judgment, Washington guided the young nation at the time it was most vulnerable, all the while respecting the constraints imposed upon him by the Constitution.  That America and its institutions have persisted to this day is largely due to his wisdom and fortitude.  The following section explores Washington’s highly successful career as a statesman.