“The Greatest Man in the World”

George Washington was no ordinary conquering general.  Although he defeated an empire and helped to create a new nation, there is one act of Washington’s that stands out as the rarest of deeds in the annals of history: he refused power.  When Washington resigned his commission in 1783 and then stepped down from the presidency in 1797, he joined Roman hero Cincinnatus as among the few to ever refuse absolute power, and certainly was the first major figure in the modern world to do so. It is difficult to recover the amazement of the world upon hearing the news of Washington’s resignation in 1783.  History had no shortage of military figures who parlayed their victories into political power: 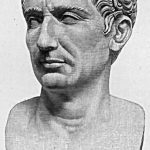 After defeating Pompey in the Roman Civil War, Caesar was declared dictator-for-life in 44BC. 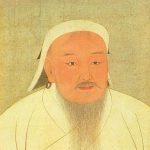 After unifying the Mongol and Turkic tribes, Genghis Khan was named ruler of all Mongols in 1206. 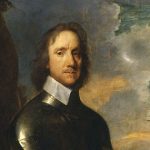 After his campaigns in the English Civil War and the Irish and Scottish Campaigns, Oliver Cromwell became Lord Protector for Life in 1653.

Even during or after Washington’s time, republican revolutions around the world often dissolved into anarchy or dictatorship: 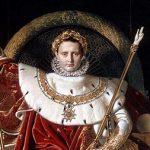 In the years after the French Revolution, military victories by Napoleon allowed him to declare himself First Consul in 1799 and ultimately emperor in 1804. 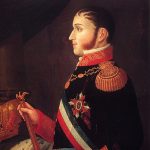 In the aftermath of the Mexican War of Independence, Iturbide was crowned Emperor of Mexico in 1822. 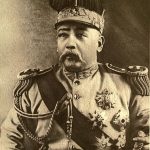 After the revolution in China in 1911, Yuan Shikai short-circuited the attempt to create a republic and ruled as emperor from 1915-1916. 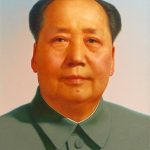 After his victory in the Chinese Civil War, Mao became the communist dictator of China in 1949.

By contrast, in one of the most singular occurrences in world history, George Washington refused to betray the ideals of the American Revolution and, on December 23, 1783, after leading the Continental Army to victory, he resigned his commission to Congress and returned home to civilian life. 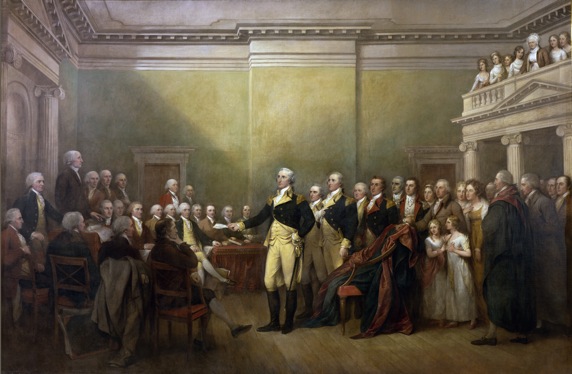 Washington’s act stunned the world and sent a message that the American Revolution would not, as was expected by cynics, devolve into anarchy or tyranny.  American Painter John Trumbull, in Europe at the time, observed that the act “excites the astonishment and admiration of this part of the world. ‘Tis a Conduct so novel, so unconceivable to People, who, far from giving up powers they possess, are willing to convulse the empire to acquire more.”  Upon learning of Washington’s resignation, former adversary George III himself remarked, “If he does that, he will be the greatest man in the world.”

Washington’s scrupulous adherence to congressional authority throughout the war, his resignation in 1783, his reluctance to assume power, and his retirement from the presidency after two terms in 1797 set enduring precedents for future American leaders.  Additionally, it established the principle of civilian control of the military and firmly cast the iron of republicanism in America.  Henry Wadsworth Longfellow would later write, “Which was the most splendid spectacle ever witnessed–the opening feast of Prince George in London, or the resignation of Washington?  Which is the noble character for after-ages to admire–yon fribble dancing in lace and spangles, or yon hero who sheathes his sword after a life of spotless honor, a purity unreproached, a courage indomitable, and a consummate victory?”