Home  »  His Career  »  The Statesman  »  The Washington Administration

The U.S. Constitution gave no specific guidelines about the executive officers of the government, except that the president could appoint “public Ministers” and “Officers” and could request their opinion in writing on subjects related to their duties.  The rest had to be filled in by future presidents and congresses.  Upon taking office, George Washington established another enduring precedent by appointing a cabinet to advise and assist him in executing the laws of the nation.

Historians have virtually been unanimous in declaring Washington’s first cabinet as among the greatest, if not the greatest, in American history.  It is difficult to find a set of executive officers more eminently qualified and capable.  Washington’s criteria set the gold standard in executive appointments.  First, he sought to appoint officers chiefly on merit and dedication to the new federal Constitution.  Second, he looked beyond familiar military figures and gave equal weight to civilian accomplishments.  Rather than re-creating a military junta, Washington sought men from brilliant legal and diplomatic backgrounds.  Lastly, he sought ideological and geographical diversity, hoping to set an example of national unity.  Washington’s method of appointment reflected his integrity, never allowing personal preference or friendship to influence him.  As Washington reportedly wrote to a friend, “You are welcome to my house.  You are welcome to my heart… my personal feelings have nothing to do with the present case… As George Washington, I would do anything in my power for you.  As President, I can do nothing.”  Jefferson himself later wrote, “His integrity was most pure, his justice the most inflexible I have ever known, no motives of interest or consanguinity, of friendship or hatred, being able to bias his decision.” 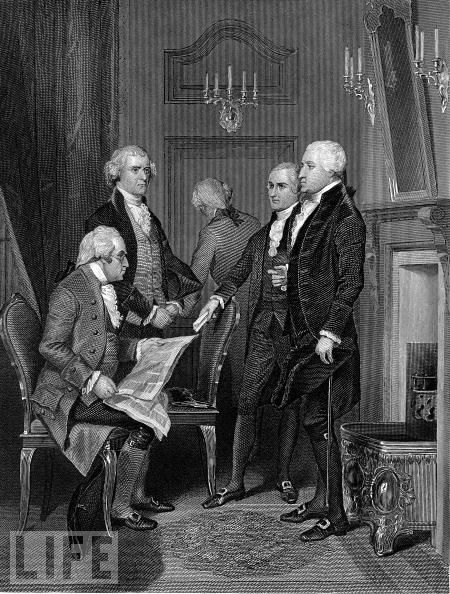 Washington did not choose yes-men.  He was secure in selecting brilliant men who exceeded him in legal, diplomatic, and political abilities and he was open to constructive criticism.  He genuinely preferred ideological diversity and later pleaded with Thomas Jefferson to remain in his cabinet when the latter submitted his resignation for the sake of maintaining an ideological counterweight to Alexander Hamilton.

It is interesting to note that Washington first sought to appoint John Jay as Secretary of State and Revolutionary financier Robert Morris as Secretary of Treasury, but Jay sought the Chief Justice position and Morris declined.  Thus, at the urgings of others, he turned to Thomas Jefferson, in his early-40s, and Alexander Hamilton, then barely in his mid-30s, respectively, for both posts.  It would be a fateful decision, as the ensuing rivalry between both men would come to define Washington’s administration and give rise to what would be known to political scientists as America’s First Party System.  One also wonders how differently history would have unfolded had Jay and Morris accepted Washington’s appointments.  While the rise of parties was probably an inevitable occurrence in a republican government, one wonders whether Washington could have avoided the intense level of rancor and remained above the political fray for much longer, as he had hoped.  At the same time, one wonders whether Jay and Morris could have provided Washington with the same level of brilliant counsel as Jefferson and Hamilton. 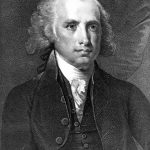 Although not part of the cabinet, James Madison would also play a key role in Washington’s administration.  A kindred spirit on national issues, Madison remained one of Washington’s closest confidants and his top constitutional adviser since the Constitutional Convention of 1787.  Also, he was a major leader in the first House of Representatives.  Washington relied heavily on Madison early in his presidency, working with him to pass the Bill of Rights and other landmark pieces of legislation, and asked Madison to draft numerous presidential statements, like his inaugural address and the first draft of his farewell address in 1792.  Madison, however, would side increasingly with Secretary of State Jefferson in the latter’s ongoing battles with Alexander Hamilton and, indirectly, George Washington. 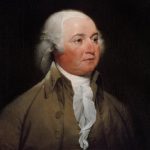 Lastly, although not part of the cabinet, another Founding Father deserves mention for his minor, if not humorous role in the first administration: John Adams.  As the first vice president, John Adams would be the first to occupy what he would describe as, “the most insignificant office that ever the invention of man contrived or his imagination conceived.”  Washington, for his part, played a role in relegating the vice presidency to a virtual pariah in his administration, perhaps because he viewed the office as more a creature of the Senate or also because he and Adams shared an-often strained and awkward relationship (in no small part due to Adams’ envy of Washington’s stature).  Despite Adams’ revolutionary credentials and his role in nominating Washington as the commander in the Revolutionary War, Washington rarely sought Adams for counsel.  Adams’ early contributions to the Washington Administration consisted of feuding over presidential titles while presiding over the Senate.  He did, however, remain steadfastly loyal to President Washington throughout his tenure, casting 29 tie-breaking votes in the Senate (a record since unequaled), all in line with the Administration, and for his loyalty he was rewarded as the Federalist candidate to succeed Washington in 1796.

Washington utilized his cabinet, in some ways, similar to his use of war councils during the Revolutionary War, canvassing all of his officers for their opinions but retaining the final decision for himself.  In doing so, his cabinet officers were often asked for their opinions on matters beyond their purview.  Once again, Washington’s actions set a precedent that persists to this day, as the Cabinet remains at the apex of executive power in the United States.  The Cabinet has since grown from the original four members to the current fifteen, with seven “cabinet-level” positions, which now includes the Vice President.