Home  »  His Career  »  The Statesman  »  The First American Inauguration

On April 30th 1789, at the balcony of New York City’s Federal Hall, George Washington took the oath of office to become the first president of the United States.  Thousands of cheering spectators watched as New York Chancellor Robert R. Livingston administered the oath to Washington, who repeated it with “devout fervency.”  According to legend, Washington set his first precedent by concluding with the words, “So help me God,” and then he leaned down to kiss the Bible.  Since Washington’s voice could barely be heard, it fell to Livingston to declare, “It is done. Long Live George Washington, President of the United States!” 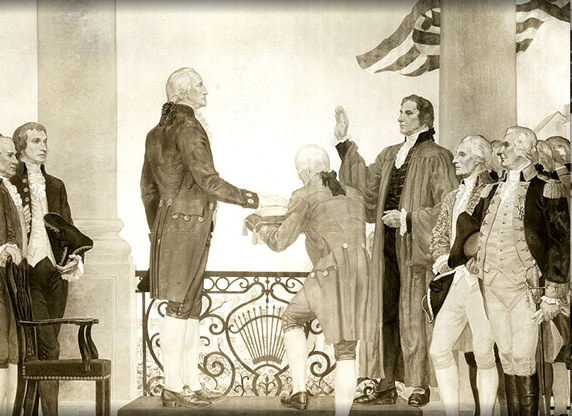 Immediately after, Washington entered the Senate chamber in Federal Hall to deliver his inaugural address, setting another enduring precedent.  Listeners described him as flustered, barely audible, and even trembling.  The speech, drafted by James Madison, began with a disclaimer about what Washington felt were his own deficiencies – “inheriting inferior endowments from nature and unpracticed in the duties of civil administration.”  Washington then supplicated “to that Almighty Being who rules over the universe, who presides in the councils of nations, and whose providential aids can supply every human defect.”  Washington continued, stating, “No people can be bound to acknowledge and adore the Invisible Hand which conducts the affairs of men more than those of the United States. Every step by which they have advanced to the character of an independent nation seems to have been distinguished by some token of providential agency.”

Washington’s most eloquent line in his inaugural address would strike at the cross-section between faith, morality, and the uniqueness of the precarious American experiment: “We ought to be no less persuaded that the propitious smiles of Heaven can never be expected on a nation that disregards the eternal rules of order and right which Heaven itself has ordained… the preservation of the sacred fire of liberty and the destiny of the republican model of government are justly considered, perhaps, as deeply, as finally, staked on the experiment entrusted to the hands of the American people.”

The entire ceremony itself was a precedent for the new republic and would set enduring traditions for over two centuries. Future inaugural ceremonies would follow the same basic format from April 1789, and would sometimes pay tribute to that day.  Below are a few samples of this great American tradition: 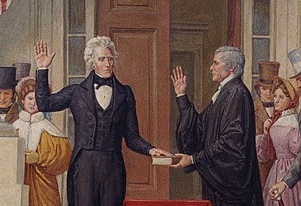 Andrew Jackson’s first inauguration in 1829, Source: Architect of the Capitol 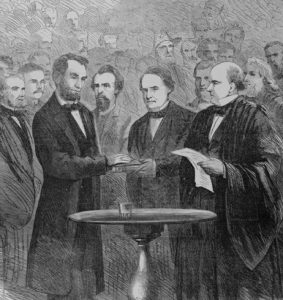 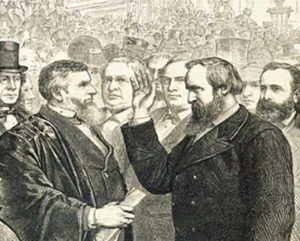 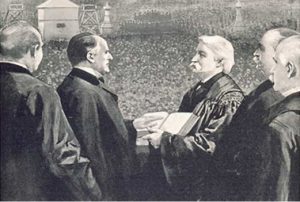 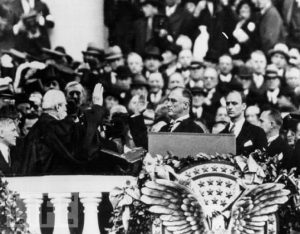 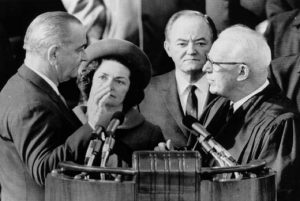 Lyndon B. Johnson’s inauguration in 1965, Source: Library of Congress 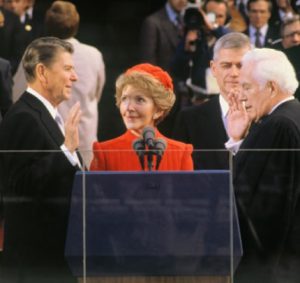